On Thursday 27th May our latest development, 385 Rokeby Road Subiaco received development approval from the WAPC via the State Development Assessment Unit. Just six days prior our development team received two commendations at the WA Apartment Advocacy Awards night, one for Vic Quarter in the Precinct Rejuvenation Category and for Lucent Claremont in the Luxury Category.

385 Rokeby was introduced to our team by our JV Partner, Greg Pearce of Windsor Knight in September 2020. Recognising the unique location as being ideal for a luxury, medium density development – similarly to Lucent Claremont our team quickly compiled an award-winning team of consultants including MJA Architects, Planning Solutions, SeeDesign, Full Circle Design, Stantec, Talis and Cardno. Following the terrific feedback received by our Lucent Buyers, MJA crafted an offering that we are certain will appeal to the local community and assist to provide additional housing choice to long term residents looking to stay in their neighbourhood. 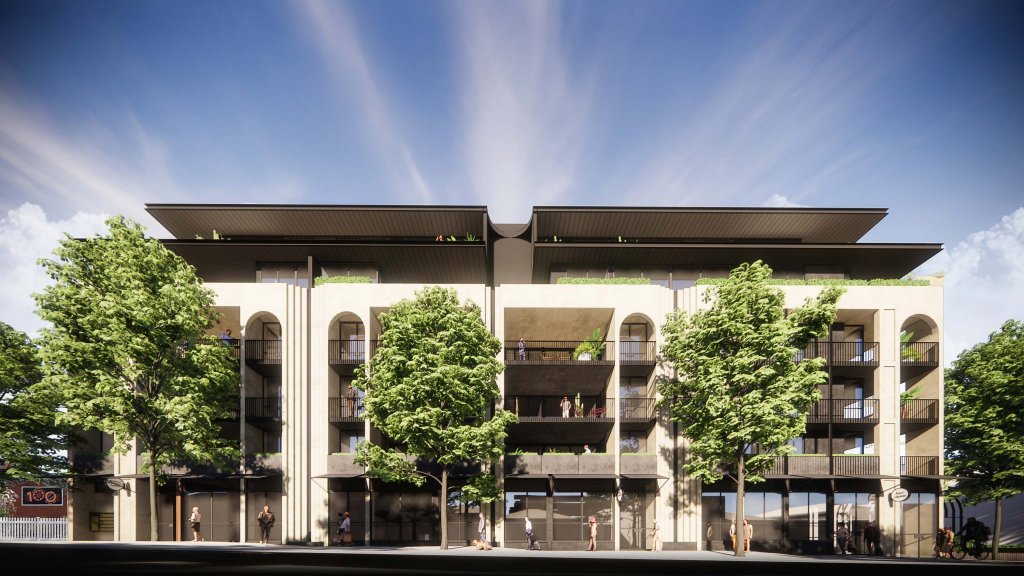 385 Rokeby will consist of 37 two, three and four bedroom apartments and a commercially activated ground floor which envisages a grocer and café. Over the coming months we will work to finalise the apartment plans and marketing material anticipating a public launch in early August. With the 75% stamp duty rebate for off plan purchases available until late October 2021, there will be a unique opportunity for Buyers to secure an apartment with significantly reduced entry costs.

Being recognised for two awards at the WA Apartment Advocacy Awards night was pleasing and highlights the appreciation that the industry has towards the offering of Vic Quarter and Lucent Claremont. Whilst receiving industry recognition is humbling, we take immense pride from the fact that both projects have been so well received by the market, now sold out and fully occupied.

One of our Lucent Buyers reached out to us on hearing of the awards;

It is well deserved recognition of your efforts to achieve such a high standard in all your developments, and is, I think, reflective of your Company’s commitment to continuous learning from your highly personalised approach.

With respect to Vic Quarter, Boston Brewing Co as anchor tenant is going from strength to strength and shortly will open their expanded area having taken over the shop front adjacent to their current brew pub. Modus Coffee is proving to be a community and resident favourite, especially in the mornings and Woven & Willow is flourishing in its new home at Vic Quarter. Chatto Handcrafted Tea has brought a new after 5pm offering to the strip which has been well received by the community and we are excited to see Scooteroo soon to open their doors at Vic Quarter in the coming month.

At Lucent Claremont, Matt – Yuko, the Perth-based brow specialist dubbed the Eyebrow King has recently moved into the building and Ella has opened her flagship Pilates Studio, Pace Pilates. We are positive that both Lucent Residents and the broader Claremont on the Park community will support both businesses.

We have also been working on an exciting development on Lockhart Street Como with likeminded Developers, OT Properties. We look forward to bringing you more information about the upcoming launch of 65 apartments in this prime location in the near term.

At Celsius, we are passionate about property, love what we do and feel privileged to create homes and communities for people to enjoy.

All the very best